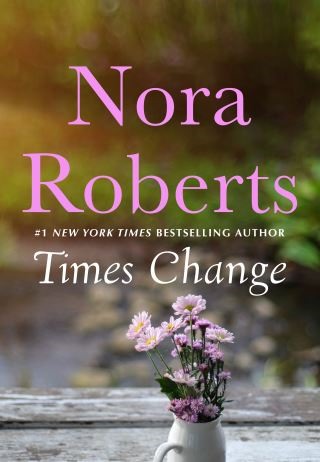 Second in the Time and Again duology, #1 New York Times bestselling author Nora Roberts presents a tale of man who finds his history of love rewritten in Times Change.

Jacob Hornblower traveled from the twenty-third century back in time to find his brother. Against all reason, his sibling believes he has fallen in love and chosen to stay in the past. But Jacob’s plan to return them both to the future goes awry when he encounters Sunny Stone, a woman whose disposition is as cheerful—and exasperating—as her name.

Sunny knows there’s more to Jacob than his rigid code of living life by scientific fact alone. So she’s going to have to experiment to help him realize that feelings are just as valid as intellect—and that falling in love means following one’s heart.

Nora Roberts: NORA ROBERTS is the #1 New York Times bestselling author of more than 200 novels, including Legacy, The Awakening, Hideaway, Under Currents, The Chronicles of The One trilogy, and many more. She is also the author of the bestselling In Death series written under the pen name J.D. Robb. There are more than 500 million copies of her books in print.