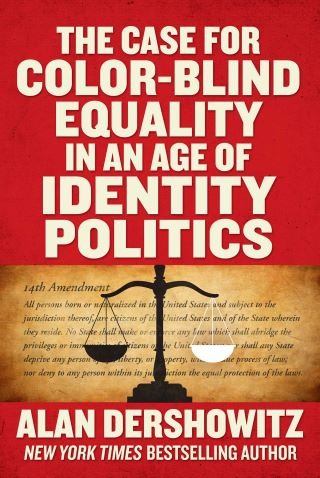 In The Case for Color-Blind Equality in an Age of Identity Politics​, Alan Dershowitz—New York Times bestselling author and one of America’s most respected legal scholars—analyzes the current battles over issues of diversity and our rapidly changing ideas about what true diversity is.

Alan Dershowitz has been called “one of the most prominent and consistent defenders of civil liberties in America” by Politico and “the nation’s most peripatetic civil liberties lawyer and one of its most distinguished defenders of individual rights” by Newsweek. He is also a fair-minded and even-handed expert on civil liberties and constitutional rights, and in this book offers his knowledge and insight to help readers understand the war being waged against meritocracy and equal protection of the law by so-called progressive advocates.

The Case for Color-Blind Equality in an Age of Identity Politics is an analysis of every aspect of the current fight against true diversity—diversity of philosophy, background, and opinion, rather than the more surface-level diversity of race, religion, and location. It examines the United States’s history of systemic racism, debates about affirmative action, and ongoing reckoning with issues of bigotry against groups such as Asians, Blacks, and Jews, with an eye toward fairly balancing the concerns of a diverse populace.

In the end, The Case for Color-Blind Equality in an Age of Identity Politics represents an icon in American law and politics exploring the current rapidly changing attitudes toward meritocracy, personal identity, and the preservation of civil liberties for all citizens, regardless of background, race, class, or creed. It is essential reading for anyone interested in or concerned about identity politics, racial issues, and true diversity and fairness in America.

Alan Dershowitz: Alan Dershowitz is one of the most celebrated lawyers in the world. He was the youngest full professor in Harvard Law School history, where he is now the Felix Frankfurter Professor of Law, Emeritus. The author of numerous bestselling books, from Chutzpah to Guilt by Accusation to The Case Against Impeaching Trump to The Best Defense to Reversal of Fortune (which was made into an Academy Award–winning film) to Defending Israel, Dershowitz has advised presidents and prime ministers and has represented many prominent men and women, half of them pro bono.