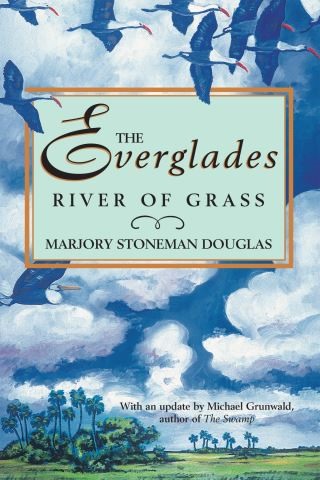 The Everglades: River of Grass

Before 1947, when Marjory Stoneman Douglas named The Everglades a "river of grass," most people considered the area worthless. She brought the world's attention to the need to preserve The Everglades. In the Afterword, Michael Grunwald tells us what has happened to them since then. Grunwald points out that in 1947 the government was in the midst of establishing the Everglades National Park and turning loose the Army Corps of Engineers to control floods--both of which seemed like saviors for the Glades. But neither turned out to be the answer. Working from the research he did for his book, The Swamp, Grunwald offers an account of what went wrong and the many attempts to fix it, beginning with Save Our Everglades, which Douglas declared was "not nearly enough." Grunwald then lays out the intricacies (and inanities) of the more recent and ongoing CERP, the hugely expensive Comprehensive Everglades Restoration Plan.

Marjory Stoneman Douglas was a journalist and environmentalist who helped defend the Florida Everglades.

Who Was Marjory Stoneman Douglas?

Marjory Stoneman Douglas was a journalist and a pioneering environmentalist who helped defend the Florida Everglades. As a young woman, she was a writer and editor at the Miami Herald, which her father helped to establish in 1910. She became known for work in nature conservancy after her 1947 book Everglades: River of Grass was published, but it was many years later, in 1969 at age 79, when she founded the Friends of the Everglades. She was not only an advocate for the environment but also for women’s right to vote and for racial equality. In 1993, she received the Presidential Medal of Freedom. Douglas died on May 14, 1998 at the age of 108.