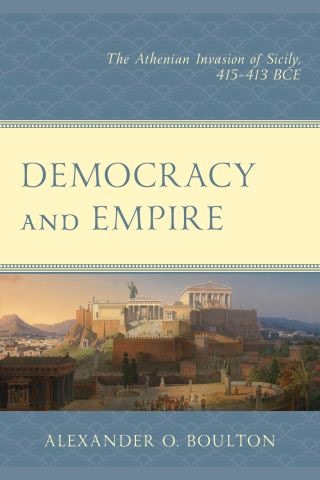 Athens’ decision to invade Sicily in 415 BCE marked an important turning point in its war with Sparta, which led ultimately to Athens’ defeat and the collapse of its empire. This is the story of the men who persuaded the Athenians to make war against Sicily and who led the great armada against the island in middle of the Mediterranean. The Athenian and Spartan leaders in the war between Athens and Sparta take center stage in this story. But their story cannot be told apart from the political and social structures, along with the religious practices, and the roles of women, foreigners, and slaves in Athens during the great intellectual awaking of Athens in the fifth-century BCE. Underlying all of this is the story of the complex relationship between Athens’ democracy and its empire. It is a story that has important lessons for the world today.

Alexander O. Boulton is a retired professor of history from Stevenson University in Maryland where he taught for over twenty-five years.