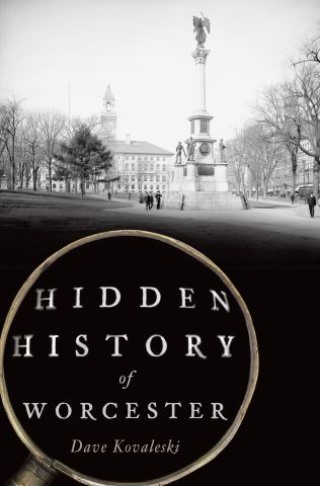 As the second-largest city in New England, Worcester is well known for its contributions to manufacturing and transportation. However, many other people and events contributed to the building of this city. Timothy Bigelow led a revolution to take back Worcester from British rule almost two years before the Declaration of Independence. Abby Kelley Foster helped establish the first national women's rights convention in Worcester and was a leading voice against slavery. The city was also home to one of the nation's first professional baseball teams, the Worcester Brown Stockings. Join local author Dave Kovaleski as he reveals the stories behind revolutionaries, reformers and pioneers from the "Heart of the Commonwealth."

Dave Kovaleski: Dave Kovaleski has been a writer, editor and reporter for more than thirty years, working for a variety of organizations, including Standard & Poor's, Penton Media, Crain Communications, Crane Data, Macallan Communications and the Motley Fool. Dave lives in Central Massachusetts with his wife and two kids. He has always been fascinated by local history and learning about the people and events that shaped our communities. This is his first book for The History Press.