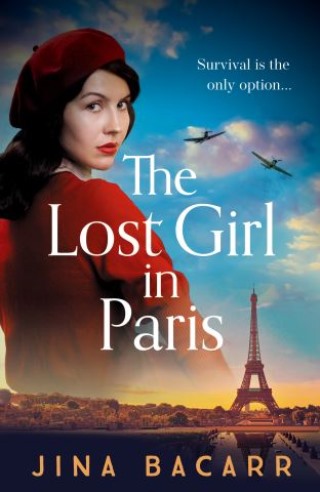 The Lost Girl in Paris

A brand new gripping and heartbreaking WW2 historical novel for 2021

'I will never forget what the Nazi did to me. Never'

1940, Nazi-occupied Paris. A powerful story of love, tragedy and incredible courage, about one woman whose life is ripped apart by war and risks everything to seek justice. Brand new from the bestselling author of The Resistance Girl.

As Nazis patrol the streets of the French capital, Tiena is alone, desperate and on the run. After defending herself against the force of an officer, she must find a new identity in order to survive.

An accidental meeting with members of the Resistance gives her a lifeline, as she is offered the chance to reinvent herself as perfumer Angéline De Cadieux.

However Angéline will never forget what happened to her, and will do everything she can to seek revenge. But vengeance can be a dangerous game, and Angeline can only hide her true identity for so long before her past catches up with her, with some devastating consequences...

Paris, 2003. When the opportunity arises for aspiring journalist Emma Keane to interview world renowned perfumer Madame De Cadieux about her life during World War Two, she is determined to take it. There are secrets from her own family history that she hopes Angéline may be able to help unlock.

But nothing can prepare Emma for Angéline's story, and one thing is for certain - it will change her own life forever…

Jina Bacarr: Jina Bacarr is a US-based historical romance author of over 10 previous books. She has been a screenwriter, journalist and news reporter, but now writes full-time and lives in LA. Jina’s novels have been sold in 9 territories.